Hit enter to search or ESC to close

Neal’s accomplishments have been recognized by the White House, State of Wisconsin, global organizations and many other highly respected institutions for his innovation and leadership in both energy efficiency and business.

Dave Vander Ploeg received his BS in accounting and MBA from Univeristy of Wisconsin – Oshkosh.

Dr. Ken Katz is the Founder/Chairman of Dermatology Associates of Wisconsin and Forefront Dermatology with 400+ employees at locations serving the midwest and expanding nationwide.

He graduated from the University of Wisconsin Medical School and complete his residency at Hershey Medical Center – Penn State.

Katherine L. Hust is the retired Vice President of Community Affairs at US Cellular, and a Board Member of Chicagoland Chamber of Commerce, Better Business Bureau of Chicago & Northern Illinois, Waukesha County Business Alliance, and the Zoological Society of Milwaukee. She also serves on the Board of Trustees for the Boys and Girls Club of Greater Milwaukee.

She received her BS in business administration from Mount Mary College, Milwaukee and certificate in management from Marquette University.

Peter Helander is the Founder/CEO of Heartland Business Systems, Avastone Technology, LLC and Heartland Label Systems, LLC. He is a Board Member of Fox Cities Performing Arts Center and is active in many community organizations. He received his MS from University of Arizona and his BS from University of Wisconsin – Madison.

Gary made a career at Fastenal where he retired as Executive Vice President – FAST Solutions®.

His responsibilities, among others, included Fastenal FAST Solutions programs, e-commerce sales, and store inventory modeling and merchandising programs. From July 2015 to December 2015, he served as executive vice president – e-business. From July 2012 to June 2015, he served as executive vice president – sales. From November 2007 to July 2012, he was regional vice president of Fastenal Winona based region. Prior to November 2007, Mr. Polipnick served in various sales leadership roles at Fastenal.

Joseph Suttner is the Founder and Managing Partner of Suttner Accounting, Inc. and a Board Member of the Wisconsin Association of Accountants. He received his BS in Accounting from Marquette University.

James Voigt is the Past President and Founder of American Innovations and the former CEO of Innosoft. He holds several patents for his inventions, including those used by Muth Mirror Systems and Kohler Co. 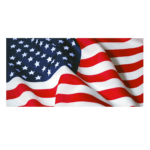